I Am Cait – A Four Pillars Perspective 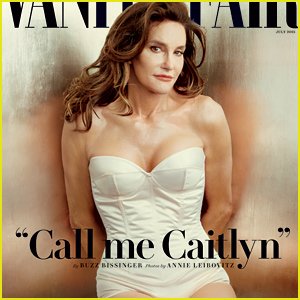 Bruce Jenner is a former Olympic gold medalist who became a media personality due to his marriage to Kris Jenner and the reality television series ‘Keeping Up with the Kardashians’.

Following his recent separation and divorce from Kris, he publicly revealed that he is transitioning to a female (Caitlyn) and has now become America’s most famous transgender person. In fact his new reality television show ‘I am Cait’ just premiered worldwide on Monday 27th July.

So what does Bruce/Caitlyn Jenner’s Four Pillars Chart reveal? To answer this question, we need to consider the pattern of his/her Chart in the first and second half of his/her life.

Jenner is a Yin Metal (辛) self who was born in the Dog (戌) month, in an Ox (丑) year and there is also Yin Earth (己) present in the Heavenly Stem of the Year Pillar. As can be seen from this Chart, the pattern in both halves of his/her life is quite different. In fact in the first half of Jenner’s life, the prevalent element is Earth.

We all know that Wood damages Earth, but the negative Wood elements in Jenner’s Birth Chart are involved in Combinations which effectively reduce their ill effects. The Yang Wood Month Stem (甲) combines with the Yin Earth Year Stem (己) and the Rabbit (卯) in the House of Spouse forms a Six Harmony Combination with the Dog (戌) Month Branch.

The Wood element in Jenner’s Chart is therefore held under control, but the potential for it to become the most prevalent element still remains, especially if the Six Harmony Combination between the Rabbit and the Dog is disrupted. 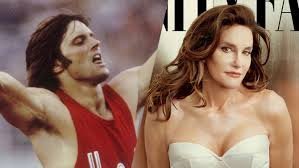 In the first half of his life, Bruce Jenner has a Follow the Resource (Earth) Chart.

The ranking of the five elements for this is as follows:

So how did the Follow the Resource Chart manifest in the first half of Jenner’s life?

Undoubtedly, the highlight of the first half of Bruce’s life was the Olympic Gold Medal he won as a decathlete in the 1976 Montreal Olympics. This was a Yang Fire Dragon year (丙 辰) and the Yang Fire (丙) that year formed a Combination with his Yin Metal (辛) Day Master. The favorable Fire element and the Combination involving the Power element and his Day Master paved the way for his success.

Jenner then entered a Yin Metal (辛) Luck Cycle shortly after the Olympics, so how did the negative influence of the Competitor/Rival manifest itself?

He had to forego his athletic career, as Olympic contestants were considered amateurs and therefore not allowed to earn money from their sports. As a result Jenner started endorsing products like Wheaties breakfast cereal as a Wheaties Champion. In November 1977 (Yin Metal Snake year -辛 已), he had to go to San Francisco to refute charges that the manufacturer of Wheaties was engaged in false advertising.

Jenner also starred in a string of movies, including the notorious Village People bomb Can’t Stop The Music (1980, Yang Metal Monkey year – 庚 申). In fact the movie won the Golden Raspberry award for the worst film that year!

What about the second half of Jenner’s life?

From the age of 62 to 66 (2011 to 2015), he went through the Dragon Earth (辰) Luck Cycle. The Dragon (辰) clashed with the Dog (戌) in his Chart, breaking the Six Harmony Combination it formed with the Rabbit (卯). Jenner also has a Rabbit Hour Branch. Therefore the prevalent energy in his Chart is now Wood, his Wealth element.

As such Caitlyn Jenner’s Chart in the second half of her life now becomes that of a Follow the Wealth (Wood) element.

The ranking for the five elements for this is as follows:

In summary, Jenner has a Changing Chart. Bruce started off life as a Follow the Resource (Earth) Chart, which then transitioned with Caitlyn to a Follow the Wealth (Wood) Chart.

This change of prevalent energy from Earth to Wood has resulted in Jenner finally making the decision to transition from a male (Bruce) to a female (Caitlyn). Parallels can be seen with the Chart of Cher’s son Chaz Bono (born March 4, 1969, 0054 hours). There is also a change of the prevailing energy of Chaz’s chart, which coincided with him deciding to transition from a female to a male.

So what does the future hold for Caitlyn Jenner? The Yin Fire (丁) Luck Cycle is favorable as it controls his original Yin Metal (辛) Day Master and Metal Rivals. 2016 will be the year of the Yang Fire Monkey (丙 申). Once again, the Yang Fire (丙) combines with Jenner’s Yin Metal (辛) Day Master, with the favorable Power element Combination bringing him acclaim and respect.

However in 2017, the Yin Fire Rooster (丁酉) year may be challenging as it contains the Rooster, which is the Key Rival for Caitlyn’s Yin Metal Day Master. So stay tuned as the path to becoming a full transgender woman may still have a few bumps in it!

Dr Jin Peh provides Feng Shui consultations and Astrology life readings using classical and traditional methods. He also offers individual one on one or group classes. Since 2005, he has been the Feng Shui columnist with Hong Kong's major English newspaper, the South China Morning Post. In November 2010, a compilation of his columns, Feng Shui: A Hong Perspective was published. Jin grew up in Singapore but moved to Perth, Western Australia as a teenager, where he graduated as a doctor in 1996. He then studied Broadcasting Journalism at the West Australian Academy of Performing Arts. In 2000, he started a two year feng shui apprenticeship in Taiwan with renowned master Chen Chien Lee in both Yang and Yin House feng shui (residence and grave), while studying classical Chinese at the National University of Taiwan. Jin is also trained in both major systems of Chinese astrology, the Ba Zi (Eight Characters of Birth) Astrology with Lily Chung in San Francisco and the Zi Wei Dou Shu or Emperor Gate Astrology with Tony Tan in Singapore.

The BaZi of Archie Harrison Mountbatten-Windsor